On April 13th, 2010 a precious baby boy, Mathias Lee Koch, was presented to his mommy and daddy and his two big brothers Samuel and Emerson. Little did we know how perfectly his name would fit him- Mathias: Gift of God. Mathias was a picture of perfect health: strong, happy, and healthy. We had plans to cherish the everyday and ordinary moments in life: his smile, his laugh, sitting up, learning to walk… As Mathias’ parents we began to dream of his future. 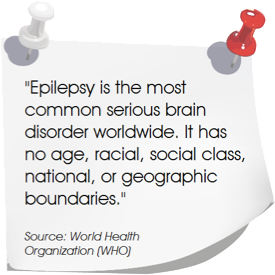 Mathias’ battle with epilepsy began on September 15th, 2010 (he was 5 months) while in Marquette, MI.  The typical medicine was not working and Mathias was put in an induced coma to “calm” his brain, unfortunately even with enormous amounts of medicine he continued to have breakthrough seizures. Mathias continued to have seizures that were difficult to stop and treat. A medicine would work/stop working…we would go home and return. It was a journey marked with suffering.

Mathias’ seizures continued. For reasons beyond our comprehension, Mathias lost his battle with epilepsy at the tender age of 7 months.

Without hope, without faith, without prayer we would have not the courage to face each day. Our faith, your prayers, and God’s grace, mercy, and strength carried us through and continue to carry us each and every day.

Mathias’ Diagnosis-MMPSI or MPEI: Malignant migrating partial seizures of infancy is a very rare epilepsy syndrome that begins within first 6 months of life. It is characterized by presence of seizures arising from multiple areas of the brain and progressive developmental deterioration. It was first reported in 1995 by Dr. Copola. The etiology of the syndrome is unknown. Neuroimaging ( brain MRI or CT) is normal at the onset of seizures and with time shows brain atrophy. Seizures are refractory to medical treatment and overall outcome remains poor.      Written by Dr. Lucy Zawadski, Mathias’ Neurologist

The Why Behind our Team

Although Mathias lost his battle, it cannot erase the imprint his fighting spirit and enduring smile had on this world. Mathias was a fighter and we would like to continue the fight for him.

Each year our team will complete challenges that will not only test our endurance, but will allow us to bring awareness to those that suffer with epilepsy.

Team Mathias will hold events throughout the year that will raise funds for both the Chunky Monkey Epilepsy run, created in honor of Mathias and Epilepsy Awareness and Education.

2013:  Mandy (Mathias’ mom) is expecting an new addition to the family so the challenge this year is to have each member bring many people to the Chunky Monkey Epilepsy Run. 300 Runners and Walkers